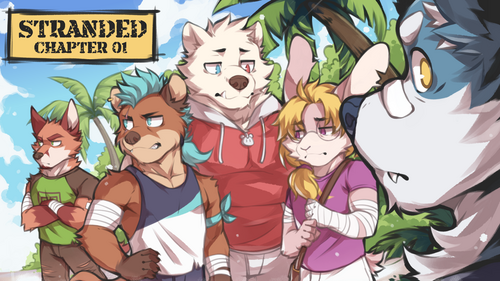 Hi there! It been so long since last time we posted the update for this game.. Now we releasing the first build for the game!  We Dev team still see it as a demo tho since there a few new feature that has been added in the game.. Also we want to give a chance to you guys to meet the character in the game before we going hiatus (finishing all the script first so we can release the build more smoothly in the future) for quite a long time but I hope this build can make you build an interest on the character!

- If you previously download the last demo version.. You need to uninstall it first.. There may be a warning from Google Play but you can ignore that.. Once Google Play analyzes the renpy file across other phones they will remove the warning..

Been quite a while since the last update. I really love this VN, nothing to complaint about. I'd pay to support this VN!

Seriously, did you block me because I made a common joke about Hisoka from Hunter x Hunter?

Was my main page comment deleted and comments blocked or something? Just because I referenced HxH's Hisoka?

OOOH I REALLY LOVE THIS VN!!
So good stories is good
the song and the joke is perfect and the character is cute X3 I love flunky art too
can't wait to play it next update >w<

Yes finally, I've been curious since the very first version

All you had to do was rename the .zip to .apk for android to become an installer. I see you did it now so cool. Felt like a hacker when I did it to install on my phone lol

XDDD Man I can relate to that.. that smoll accomplishment able to make u feel like having big brainnn

Did I get blocked for joking about Hisoka from Hunter x Hunter?

Reply
The Stray Project216 days ago

I can't see the first page comment section at all while logged. Since this happened shortly after my post about HxH's Hisoka, I assumed it was the reason.

Reply
The Stray Project215 days ago

I checked into it may I know your twitter acc name?

asdfhjkl! ADORABLE! the original characters/species may have been adjusted, but the vague script is the same! X3 Oh! and the added comedy! ^^ The innuendos and the timing! XD  ugg... seriously 4th wall already? ^^;  Hope that first character choice didn't impact anything terribly, Chose HIM so the he didn't have to deal with the others..., despite wanting to choose Mr. Coach X3.

Uhm... who is Terry? How does MC know him when his name hasn't been mentioned yet?  Again with Owen and Beru, their names are shown before they even been introduced.  Owen's entry in Extra remained ???, but unlocked.

I think there like mistake that I made.. I fix it soon.. cause for some reason the latest build that just fix was in the main page instead of devlog

I'm just glad at long last to have this going again! I can't wait for what surprises you got planned! The original looked good, but this seems fantastic!, not just the artwork at that too! :D

Is the art done by Flunky? it looks similar

Is the Easter egg is when you put your  name you can put the character name and you can't use it but it will come with different dialogue ? ( Sorry I'm very bad at English )

Reply
The Stray Project1 year ago(+1)

Ayyy you found it congrat!💕

Just a heads up, your version numbering is going to throw a lot of people off as 1.0 is commonly used for a finished game.

Reply
The Stray Project1 year ago(+1)

thanks for pointing it out! I fix that soon

There will be an Android version? 👀